In Lolita fashion, replica is commonly seen especially towards the Japanese Lolita brand mainly because of high priced and limited supply to fulfill all demands. Recently we found that some of the mainstream fashion company actually replicated the Tangled series by Infanta, which is a Taobao indies Lolita brand from China.

(Both pictures on the left are the original design by Infanta, and the replica on the right.)
Not only they copy the print but also the whole design of the dress.

When you look into the details of both version, it is easy to spot the differences between the original one with the replica's. The replica version of the dress has an overall cheaper look and feel to be a Lolita dress. Moreover, the original Infanta Tangled series comes with velvet ribbon accessories which is not included in the replicated version. Space between the print and frills on the bottom of the replica dress is slightly further comparing to the the original version. 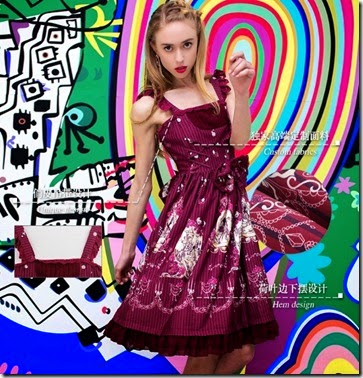 The choice of lace on the replica version of the dress are poor in quality with cheaper finishing look than the original one. Infanta uses velvet ribbons for the front and plain ribbon for the back tie on the waist. The replica's one does not comes with shirring at the back. 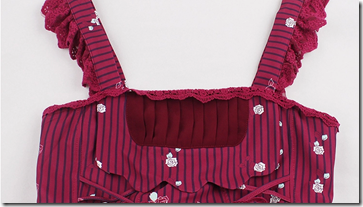 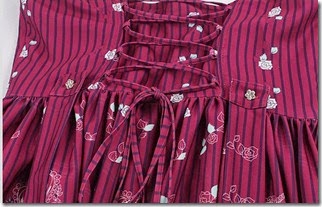 Here's a comparison of the used of lace for the bow on the replica version and the original version.
(Original on the left and replica on the right.) 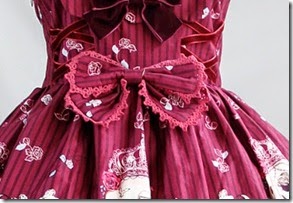 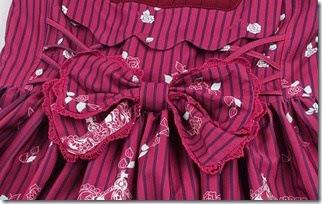 This blog is created with aim to provide the latest update/new release of various Lolita Fashion Brand. (Including Japanese brand, indies and offbrands)
We gather all latest information from different sources eg: Facebook, twitter, EGL and more! All credits and copyright belongs to the brand owner.
Please do subscribe our blog to get latest update! We hope you enjoy your stay here. :) Thank you so much!
Any inquiries or suggestion please email to
lolitafashionupdates@gmail.com